Speedway action returned to Kalkee on Saturday night with roar of V8 engines. Round 7 of the Sprintcar Allstar series was hosted at the Blue Ribbon Speedway track and drivers from all parts of Victoria, South Australia and ACT came to race.

Over 1000 speedway fans attended the race meeting and were rewarded with exciting and close racing.

END_OF_DOCUMENT_TOKEN_TO_BE_REPLACED

Round 7 of the Mainline DynoLog Dynamometers All Star Series will be run this Saturday night at Blue Ribbon Raceway, Horsham. The Series heads to their 6th race track in 7 shows. “So many different tracks challenge’s every driver and keeps everyone on even ground – no home track favourites for our guys!” Searle tells us.

“We love to take our show to so many different tracks & fans and show off our talented drivers. Blue Ribbon Raceway is an awesome track to visit. The Committee have done so much work there over the past couple of seasons and it is their opening night for their season so all the town will be excited.”

END_OF_DOCUMENT_TOKEN_TO_BE_REPLACED 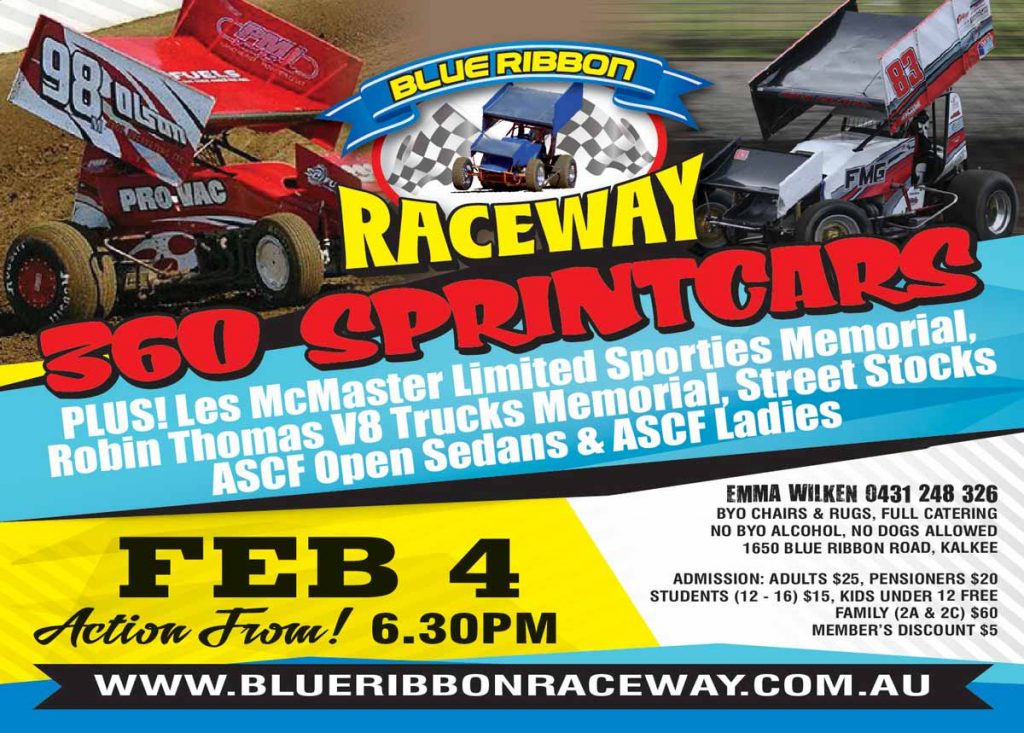 After a ‘stalled start’ to the year, Horsham Motor Sports Club will turn on the track lights this Saturday night to host Round 7 of the Spintcar Allstars.

Sprintcar driver Brenton Farrer of Kilmore currently leads the championship. He has been constantly racing well through out the season. After a feature race win in the second round, he has performed well collecting another 3 second positions so far.

END_OF_DOCUMENT_TOKEN_TO_BE_REPLACED

Speedway drivers from all parts of Victoria and South Australia and ACT descended on the Kalkee’s Blue Ribbon Raceway on Saturday Night.

A large field of 360 cubic inch V8 Sprintcars, competed in round 9 of the Allstar Sprintcar series providing some fantastic racing action.

Over 1000 speedway fans attended the race meeting, and they were rewarded with some very close racing from the Sprintcar drivers.