Saturday night saw a full house at Blue Ribbon Raceway for a great night of open wheel action to start the new race season off in great style.

Featured events for the meeting were the Formula 500 for the continuation of speed weeks. 33 cars made their way to Horsham from the previous nights action at Hamilton, with most teams arriving with few issues from the nights action.

The formula 500 cars look very similar to Sprintcars with their large wings but are powered by 500cc motorbike engines and the speeds are impressive. With the formula cars divided into three fields and competing in six heat races the action began early with perfect weather greeting the race crews and spectators alike.

END_OF_DOCUMENT_TOKEN_TO_BE_REPLACED

Horsham Motorsports Club is set to open the season on December 30th with a high speed line up and a blast from the past at their Blue Ribbon Raceway in Kalkee.

Featured on the card will be the McDonalds Horsham Wild West Shootout for AMCA open wheel cars and the very fast Formula 500’s for their Speedweeks program.

END_OF_DOCUMENT_TOKEN_TO_BE_REPLACED 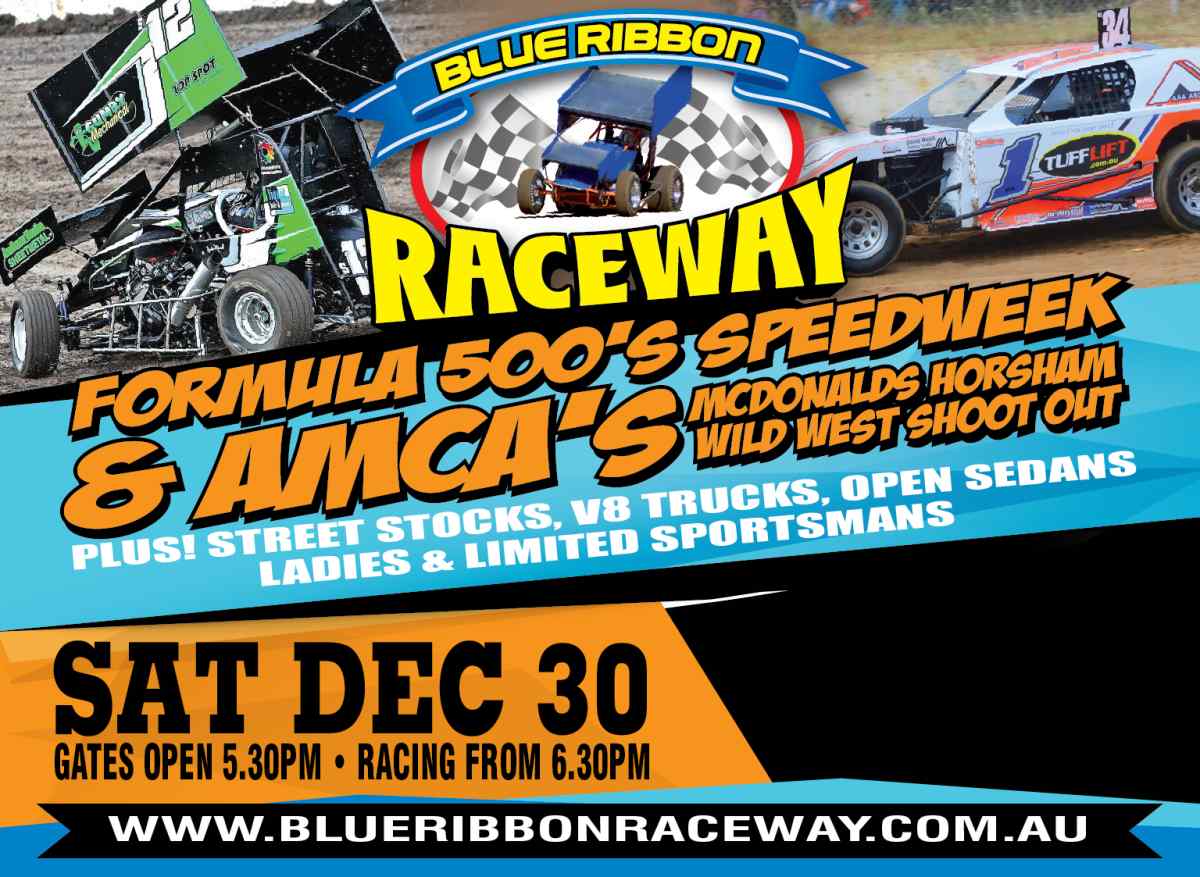 KALKEE’S Blue Ribbon Raceway season opener has been cancelled due to a lack of numbers.

“We didn’t want to put on a disappointing show with a lack of nominations”, he said.

“It normally is quite a popular event but with the good harvest season our volunteers and drivers, who are predominately farmers, are pretty tied up.  “We are disappointed but we will be looking forward to our next race.”

Collins said they would not be rescheduling as the timing was too tight and would instead look to preparations for its feature 360 sprint cars event on February 4 next year.

Blue Ribbon Raceway opened for the first night of racing for the season on Sunday. A large crowd of about 550 people attended the Kalkee speedway to witness the third round of AMCA Action Series.

AMCA racing was contested across two heats, which decided the starting positions for the final race.