With 11mm of rain over the previous week, track crews had their hands full getting the track surface in a condition to suit the prestigious Victorian Title event. By the time the cars hit the track for the grand parade there was nothing to do but sit back and watch the most entertaining and challenging competition.

END_OF_DOCUMENT_TOKEN_TO_BE_REPLACED

Blue Ribbon Raceway will be the scene for the return of the Mighty Mites of Speedway when the V8 Super Rods contest their Victorian State Title on May 5th.

Spectators will be on their feet with the always tight racing of these V8 powered machines that have evolved from the heavy hot rods of the past to now be the equivalent of a wingless V8 Sprintcar with engine capacities up to 5.5 litres (360 cu in) and the body of a Mini Minor or Suzuki Swift among others. Without the use of any aerodynamics these cars can prove to be hard to handle and the racing is sure to be hard and fast on the wide open Blue Ribbon clay.

END_OF_DOCUMENT_TOKEN_TO_BE_REPLACED

A good field of race-cars is expected, as it is the second last race meeting for the Formula 500 drivers. Results of Saturday night will go towards the season championship tally which is very close, so drivers will be vying to better their position in the standings.

The crowd pleasing Super Rods will also feature on Saturday night. With all of the racing pedigree of a Sprintcar style chassis, large racing tyres and V8 engines, they have the unique appearance of small cars such as a Suzuki Swift, or Morris Mini plus others. Seasoned driver Ewan McKenzie of Peterborough will be a force to reckon with after a recent win at Warrnambool’s Super Rod Cup.

The nomination list also features the likes of Troy Gleeson of Laang, Michael Coad of Warrnambool, and Jason Kavanagh, who have all been very successful through out the season.

Vintage Hotrods from across Victoria and South Australia will race on Saturday night, giving motorsport fans a window to see speedway of yesteryear. The demonstration class is growing in popularity with an increasing number of cars being restored. Horsham’s Steve Ellis and Ballarat’s Ross Burrows will both display their recently restored Holden Toranas when they race with the Hotrods for the first time.

Children under 12 get in for free. 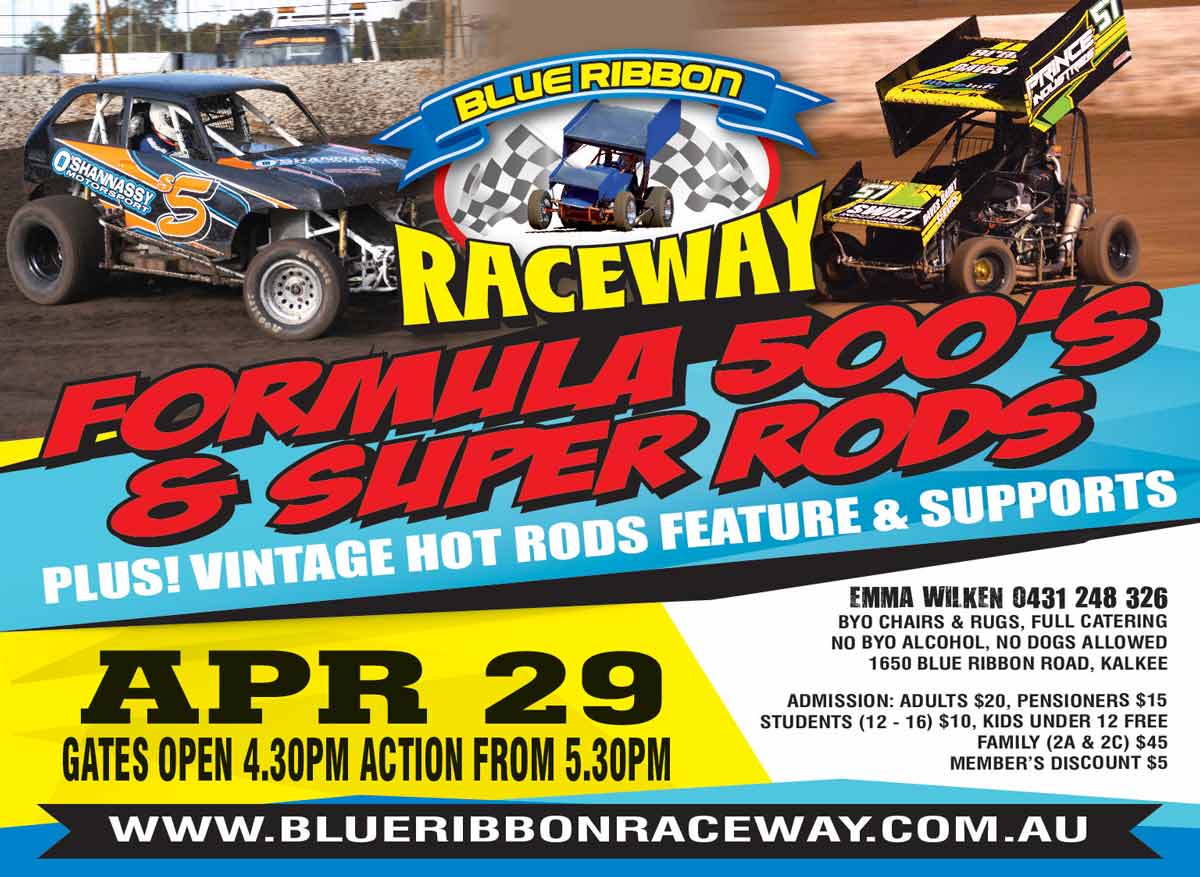